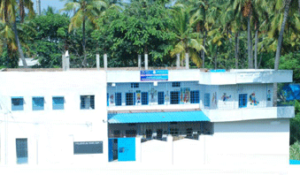 ormed by the Muslim Women under the Advisory of Alhaj Mohammed Nisar Ahmed in Ramanagara, The main object of this Trust/Organization is to up lift the downtrodden women folks in general, the Muslim women in particular, Because the Muslim women is Educationally and Economically Backward, to make them forward and to develop them, it is most essential to Empower them through education, and through improving their economic conditions. To empower the Muslim Women Trust foundation was laid down.

The Trust members are generating a space in which Muslim women can actively dialogue and collaborate on pressing issues, of social justice, in order to articulate an ethical and egalitarian and Islam. Comprised of Muslim women scholars and activists, The Council aims to promote equality for Muslim women by conducting research, providing Islamic position on relevant issues, and disseminating this information to the media and Trust network, Operating under the frame work of justice, the Members of the Trust are creating a crucial space for scholarship and activism that contribute to Muslim women’s struggle for justice and a broad vision of acting in public space. 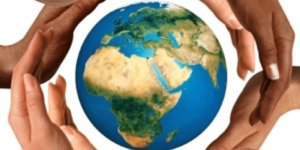 of Islamic law and are capable of Communicating their demands for women’s rights within an Islamic framework. To increase the influence and efficiency of these women’s efforts the council act as convener, providing an institutionalized platform for their scholarship and activism distilling complex, sophisticated research into simplified easily disseminated forms and through its large net work, it gives existing work a larger platform via the media, governments and NGO’s.

Drawing upon its member expertise in both Islamic jurisprudence and fields like history, political science, theology , sociology and the arts, the Trust will issue informed and religiously grounded opinions on controversial issues of particular relevance to Muslim women in their personal, familial, and societal lives. By advocating a constructive conception of women status , rights ;and ;responsibilities, ;these opinions will function as legitimate alternatives to oppressive religious arguments .Thus, the council is providing members of the WISE community as well as Muslims and non-Muslims worldwide, the comprehensive information and vital analysis from Islamic law and other fields of scholarship, in addition to proposing stratet8es f9r affecting positive and sound change.
Furthermore, in order to augment women’s ability to speak within an Islamic legal frame work, the council will establish a diverse range of training programmers in the Islamic legal traditions, creating a critical mass of Muslim women equipped to more effectively advocate with in their communities.